Gentle – For soprano and marimba

Gentle comprises three short songs setting words by the 13th-century Persian poet known as Rumi, a Sufi mystic and Islamic scholar.  I originally composed them for soprano and piano in the autumn of 2013 following an incident in which a close friend of mine was subjected to a protracted and violent assault; they were dark days and composing this music seemed to offer respite.

I reworked my original song settings for PercusSing in 2015, and the soft fragility of the simple musical material (particularly in the outer songs) seems particularly well suited to soprano and marimba.

The Firmness Under You

My friend, our closeness is this:

My friend, our closeness is this:
Anywhere you place your foot you will feel me in the firmness under you.

Anywhere you place your foot you will feel me in the firmness under you.
How is it with this love I see your world and not you?

In 2013 Strata was given its first performance by the Orchestra of Opera North; it was subsequently recorded for CD by the Brno Philharmonic Orchestra (under Mikel Toms).

In 2014 David’s Vertigo string quartet was performed in Hong Kong and at the Aspen Festival, and in 2016 his large-scale choral work Apocalypse – which tells of the world’s end as depicted in York’s medieval stained glass – was performed in Copenhagen by the Danish Radio Vocal Ensemble conducted by Robert Hollingworth.

David’s violin solo Rough Cut has been published by UYMP and received its first London performance in February 2016 given by Peter Sheppard-Skaerved; his piano trio Hiraeth and brass quintet Breathless were also premiered in the UK during 2016.

David Lancaster is Director of Music at York St John University; he recently completed PhD in Composition at the University of York with Roger Marsh. 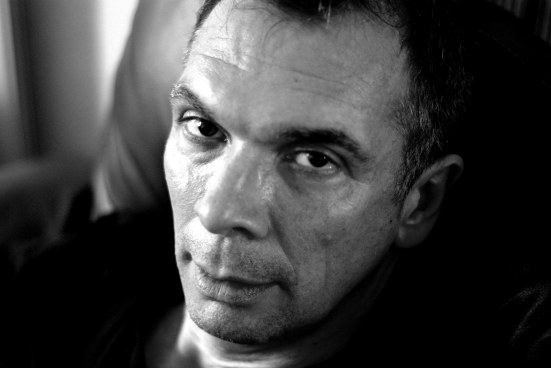